[EN]
‘Child’s Play’ is a series of ten images for which parents were photographed on their hands and knees. Beneath them there’s a soft, pink carpet. Both single parents and couples are represented, and are all looking straight into the camera.

Everyone would probably agree that raising children is far from child’s play. Despite this, it doesn’t seem very socially acceptable to put emphasis on the hard parts of parenthood. The latter is most often described as a beautiful and incredibly rewarding experience. There’s no doubt in my mind that this is an accurate description. Nonetheless, we can’t deny that being a parent is also a big responsibility. Once you start being a parent, your life is partially dedicated to the life of another human being; one that is dependent on your care. That’s why I associate parenthood with servitude; a voluntary, instinctive subservience fueled by unconditional love.

With the huge responsibility of being a good parent weighing on their shoulders, we expect parents to keep their backs straight. As a child you, almost inescapably, look up to your parents. But we’re all only human. There have been a few moments where I could tell things weren’t always easy for my mum and dad. Being confronted with their vulnerability left me feeling uneasy, guilty and a little lost. This was anything but a reason for me to respect them less, if anything, it stoked up the pride I took in my parents. It’s this vulnerable, human side of parenting, in the midst of fulfilling such an important role, that I find so fascinating and touching.

It’s hard to get around this vulnerability looking at the portraits of the parents on their hands and knees. The position provokes something inherently submissive and even animalistic. This makes the images somewhat uncomfortable to look at and contrasts with the way we are used to look at our parents. The pose however can be associated with more than just the subservience we talked about before; it also refers to the practical sides of parenthood. In the photographs, the models lower their faces to the level of that of a small child. This creates room for conversation and interaction. The floor beneath them is soft and inviting. Whenever my dad sat down like that, it was an invitation for me to climb on his back for a little pony ride. In their own way, the position and setting of the portraits refer to play, and the loving and inviting nature of the parenting role.

Regardless of being photographed in a bit of an uncomfortable position, there is still a sense of pride in the images. There are different reasons for someone to get down on their knees, but adoration may be one of the most powerful ones. It’s this kneeling out of care, commitment and love, and the vulnerability that comes with the discomfort of this position, that I wanted to capture in these images. 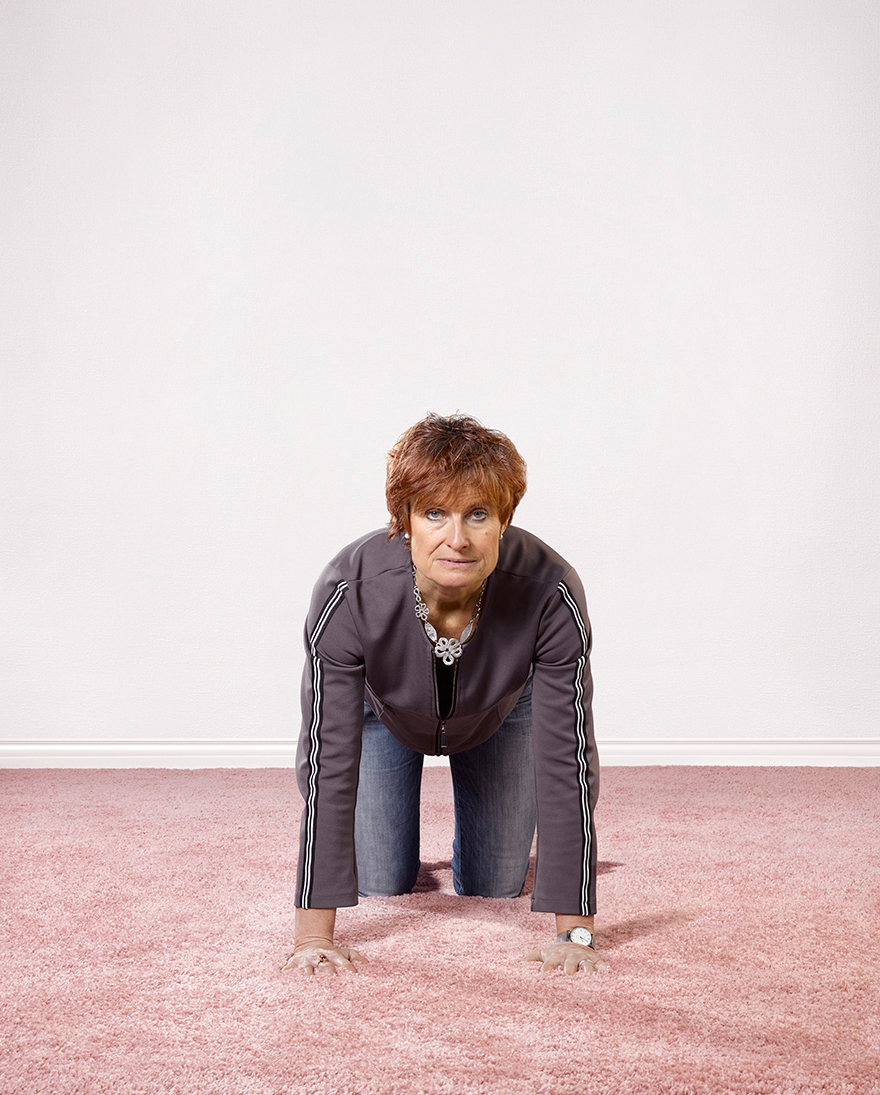 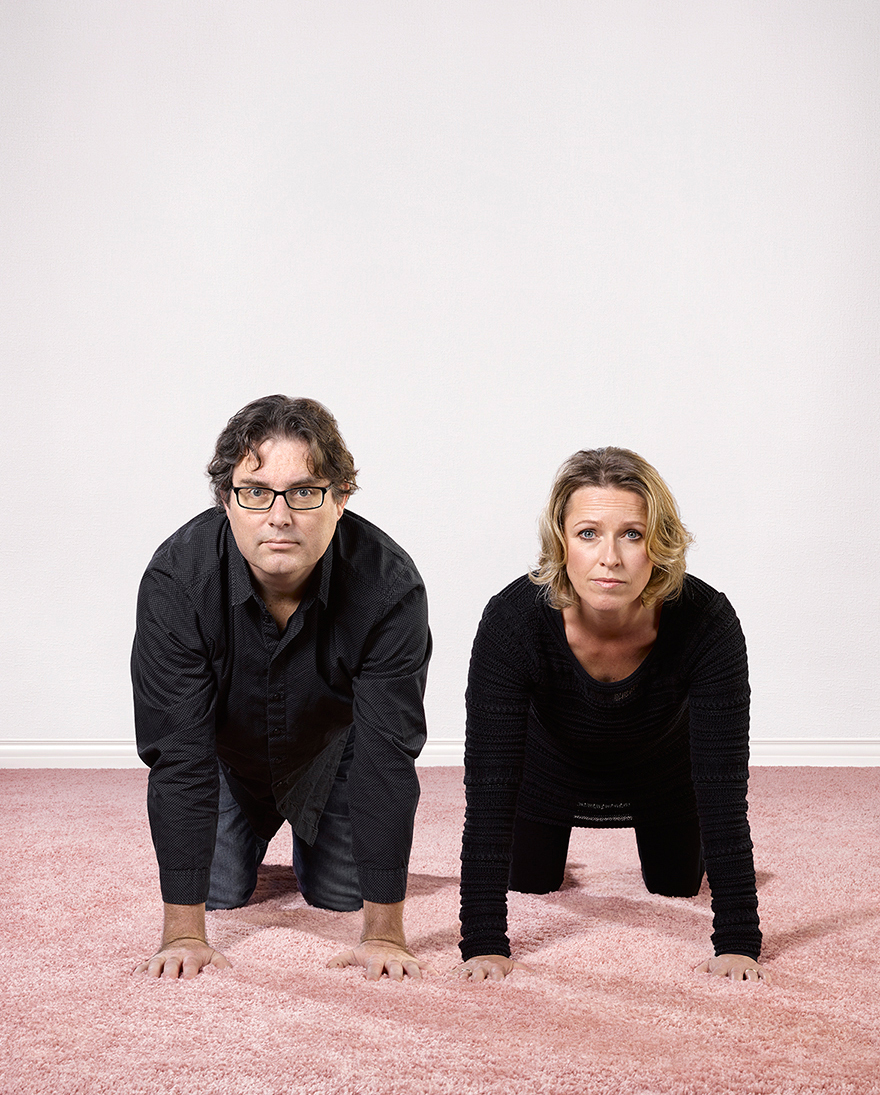 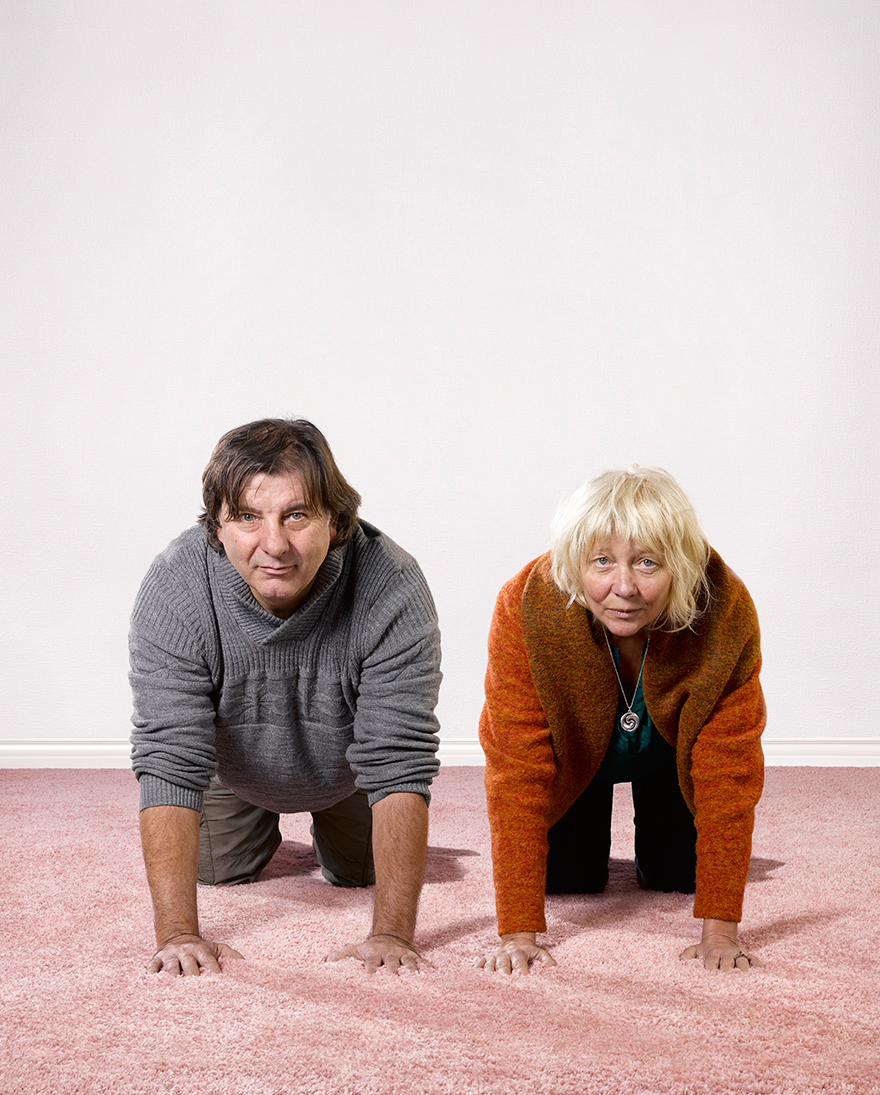 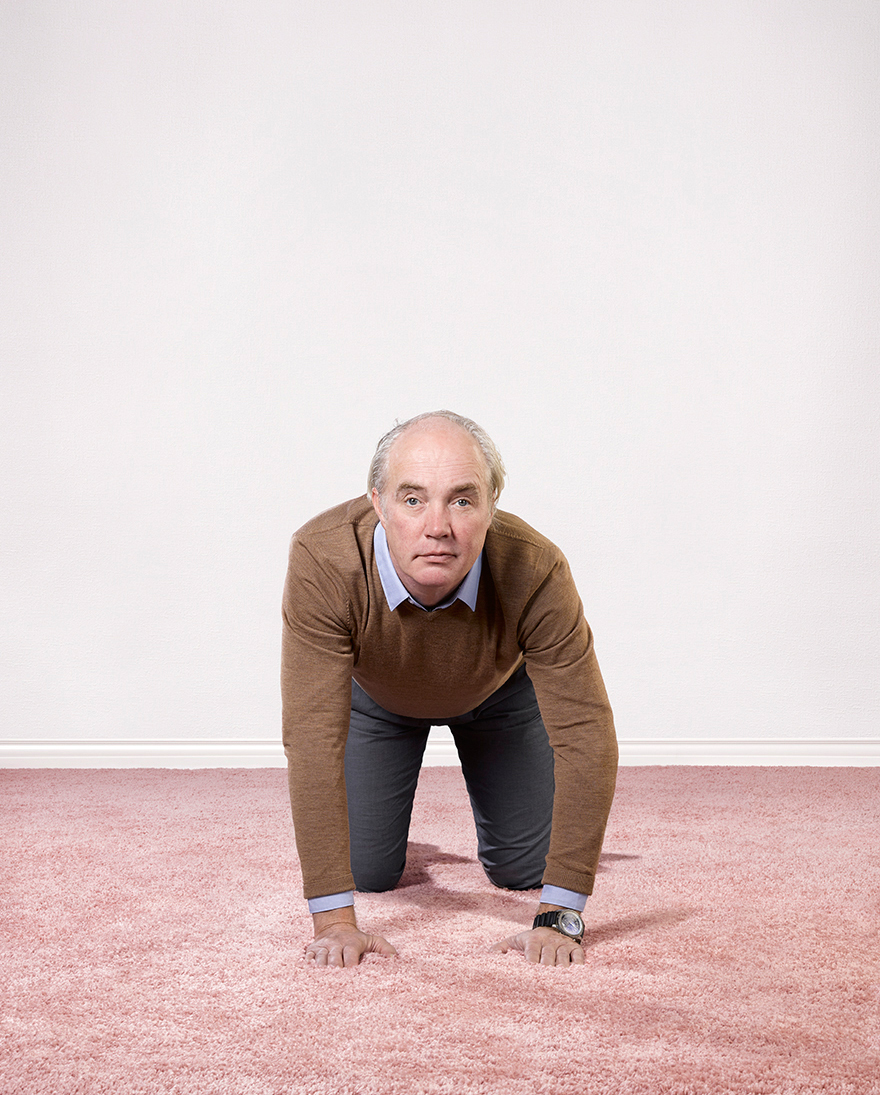 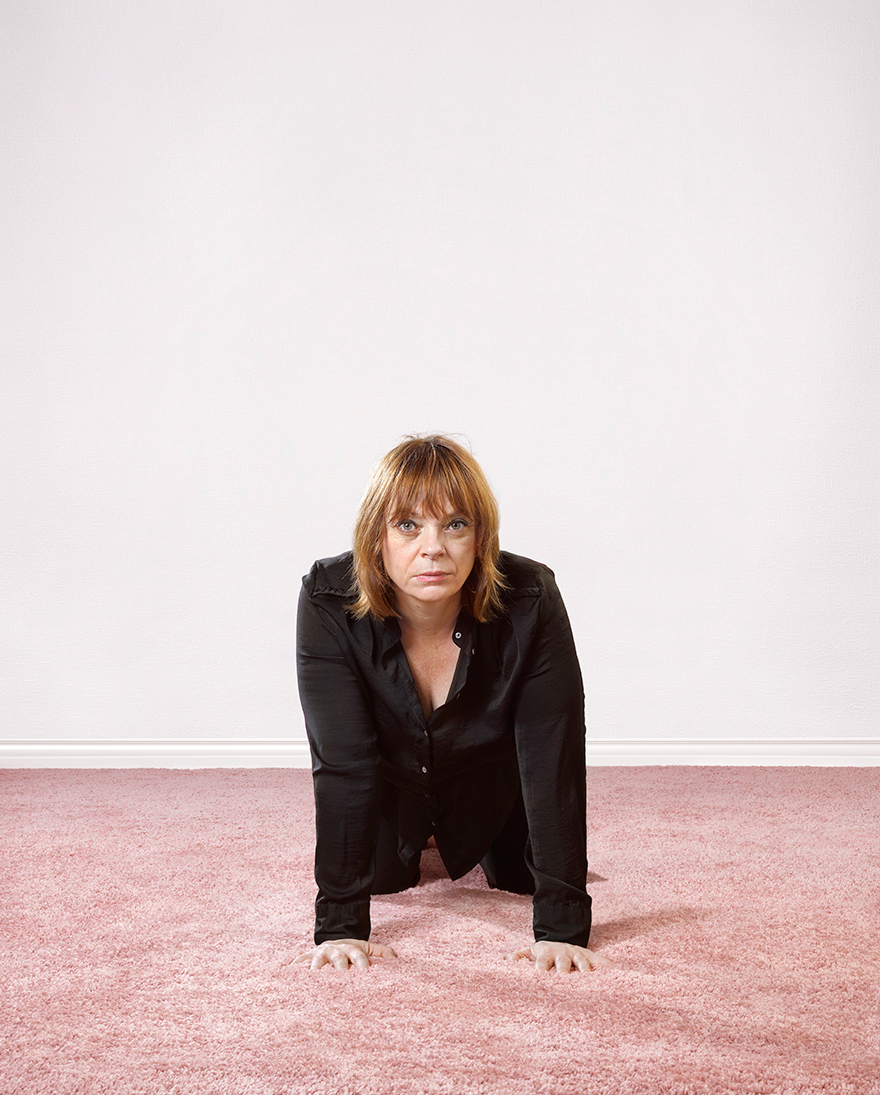 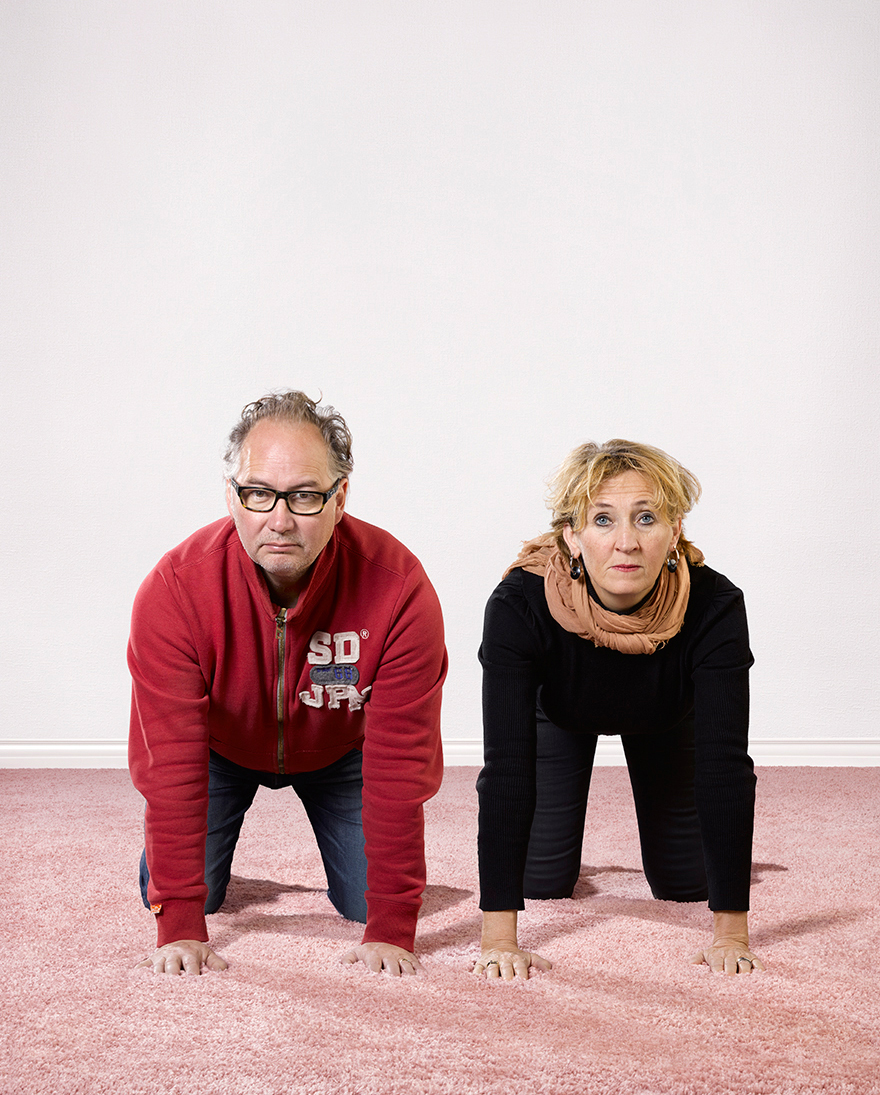 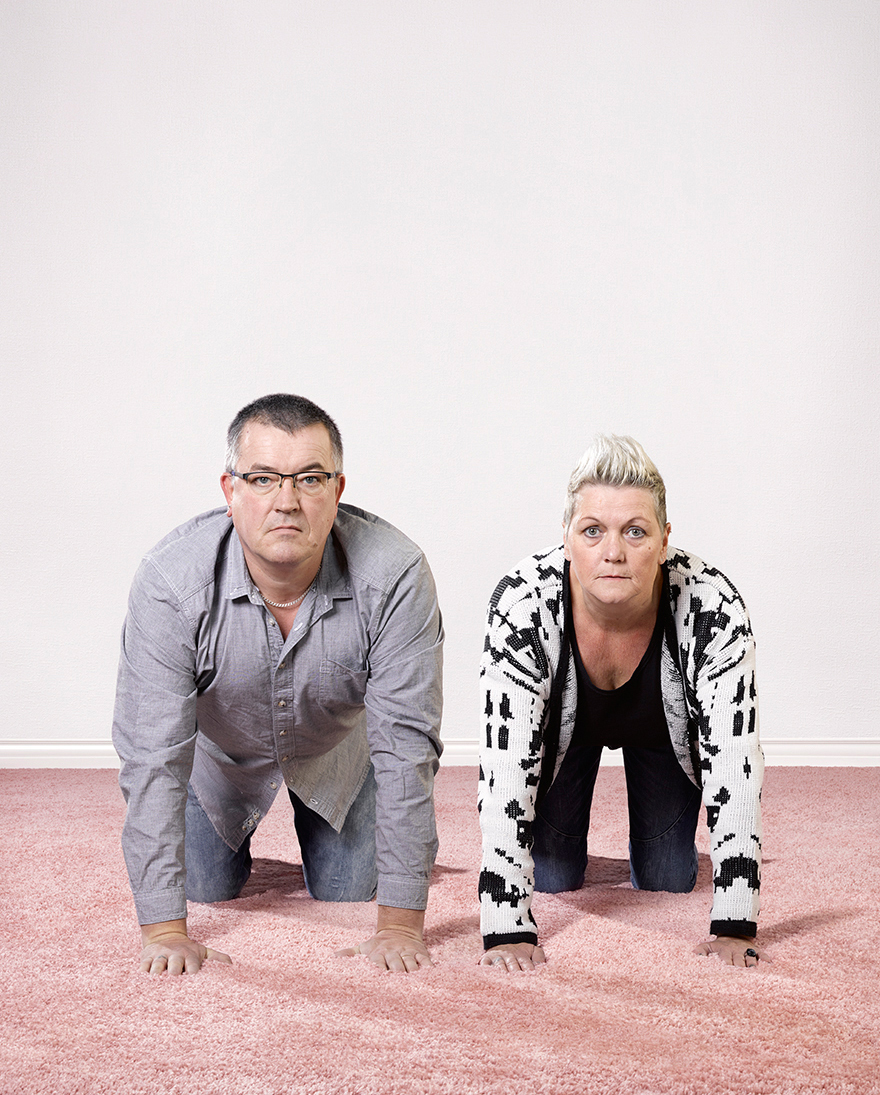 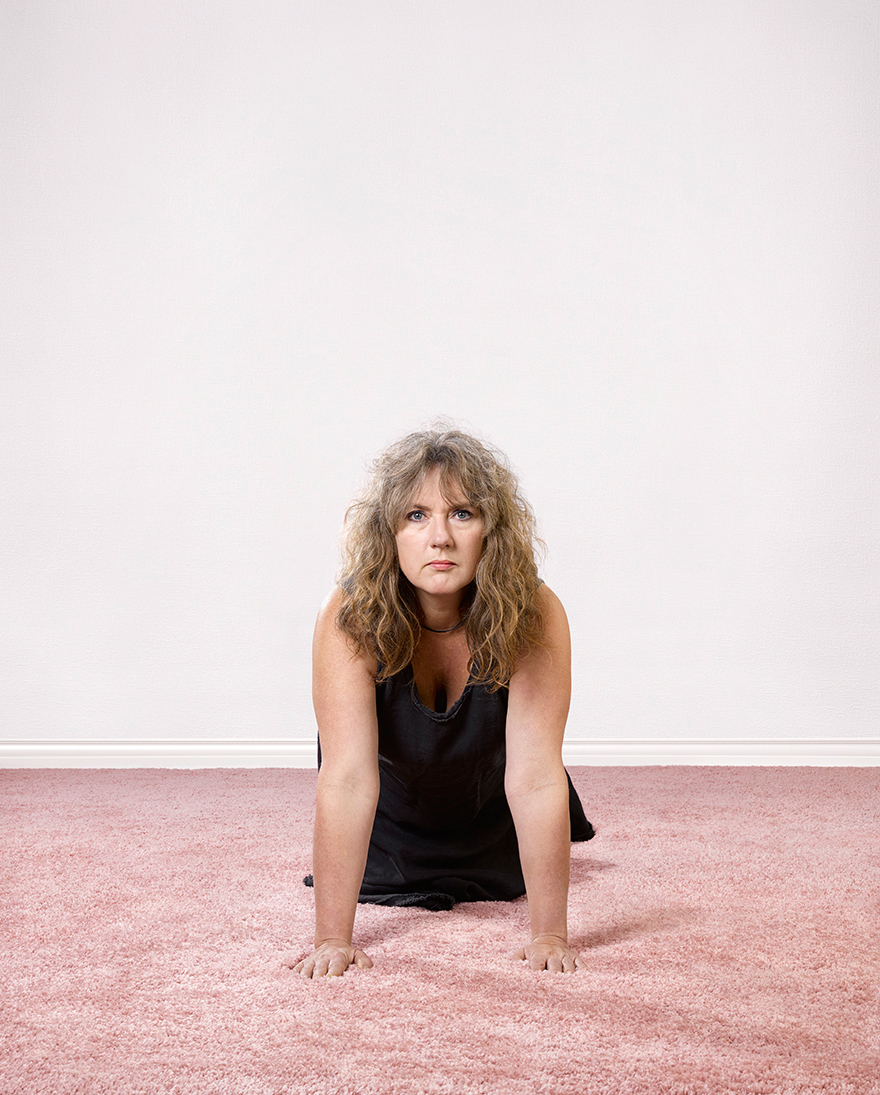 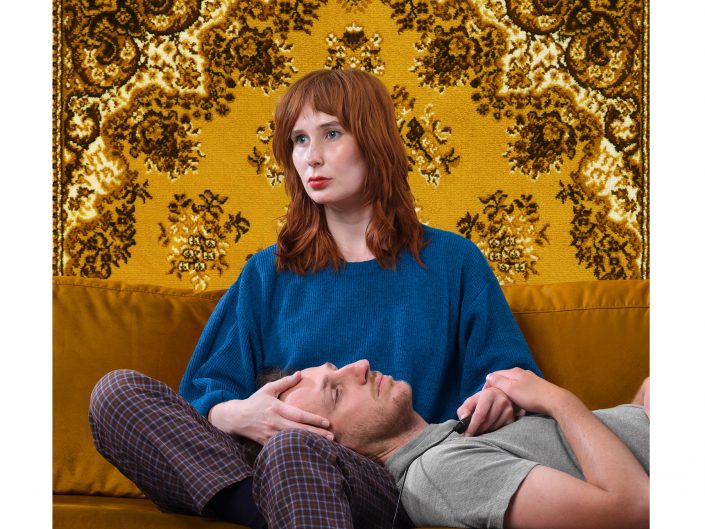 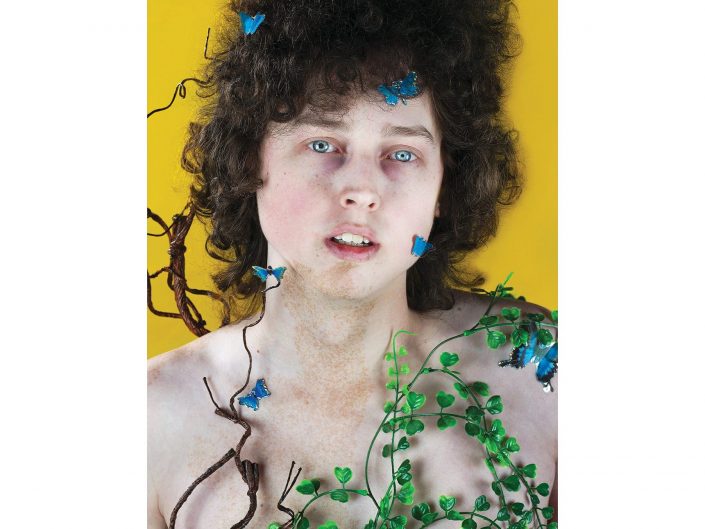 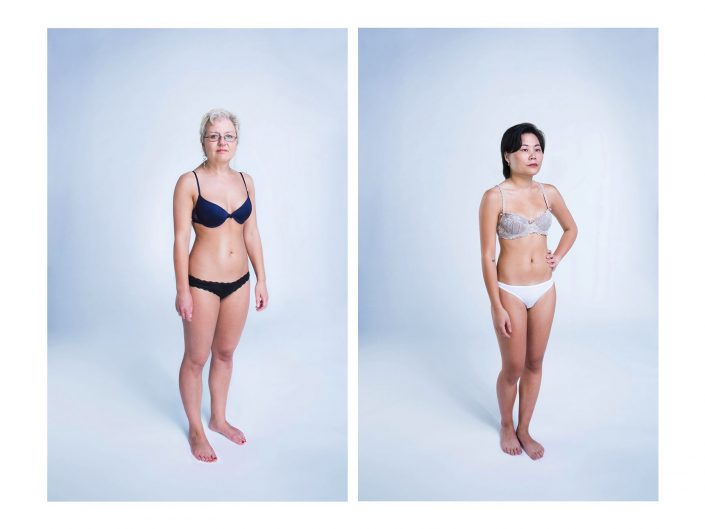 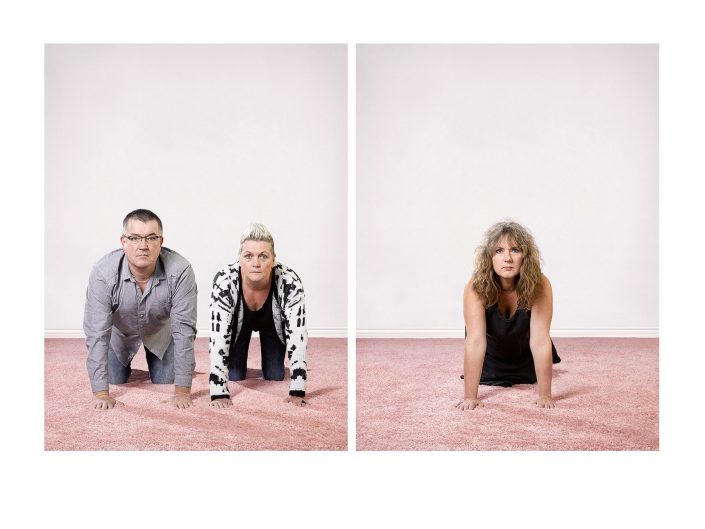