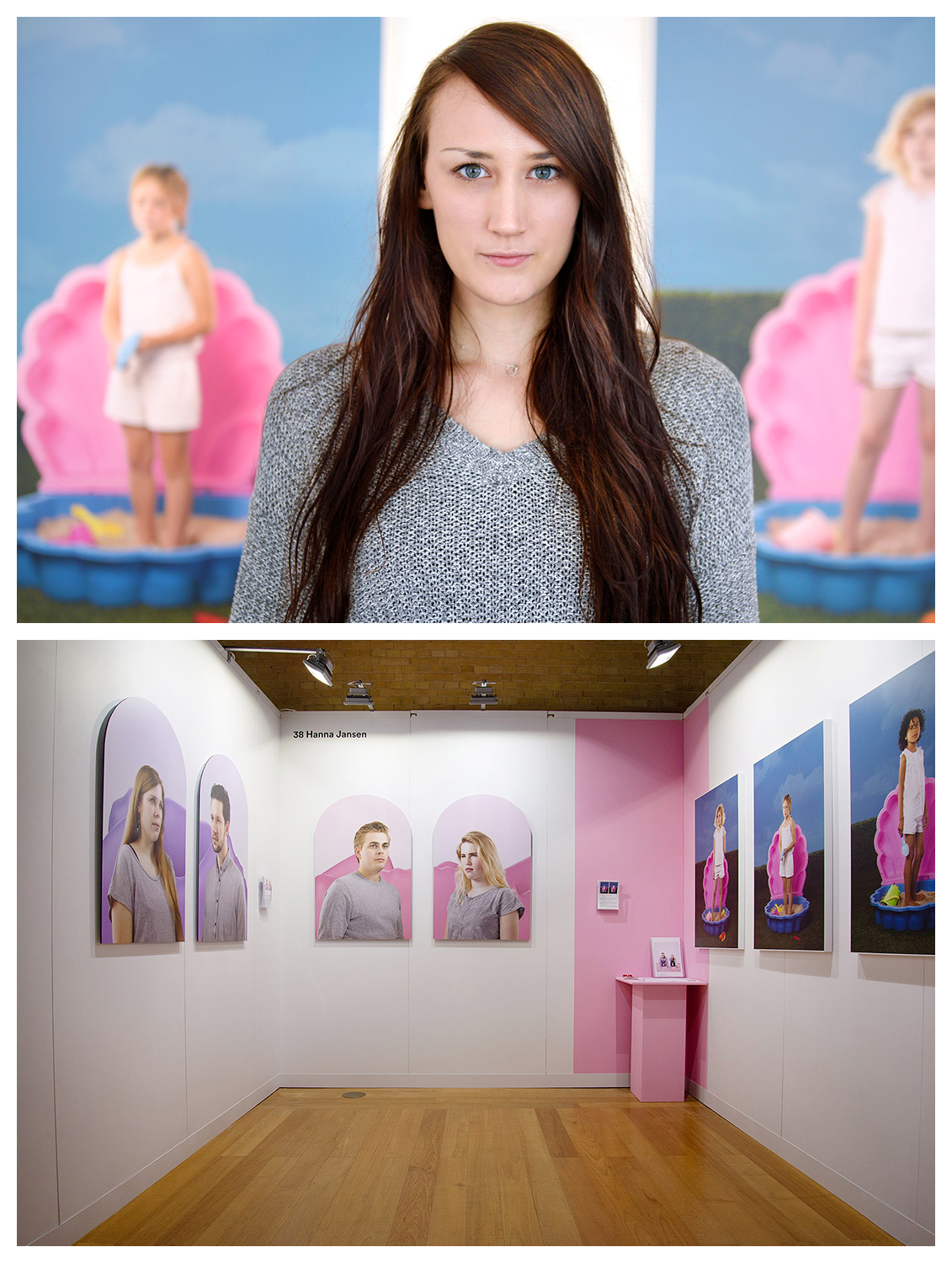 Hanna Jansen (b. 1992) is a Dutch fine art photographer. Growing up in a creative household she developed a passion for imagery early on in her life. At the age of 15 she started experimenting with photography and in 2014 she graduated from the Fine Art Photography department of ArtEZ University of the Arts in Enschede, The Netherlands. Since then Hanna has been working as an independent artist.

In her staged photographic series, she investigates the human condition within our modern-day, Western society. Her photographs often emphasize the vulnerable nature of the human figure and her work reflects on a variety of universal human experiences such as growing up and forming relationships. The work is surprising in it’s visual form and tends to reference well-known concepts in imagery. She aims for her work to be suggestive rather than dictating the context of the work to the viewer. This way the viewer is partially left to his/her own associations, which contributes to the personal nature of the work.

When it comes to the production of Hanna’s photographs, not much is left to chance. She works within a professional studio environment and puts a lot of emphasis on the technical execution of her work. This results in intimate portraits of ‘real’ people within artificial environments. The overly stylised and digitally altered nature of our dominant, Western imagery meets the honest vulnerability of our shared human condition.